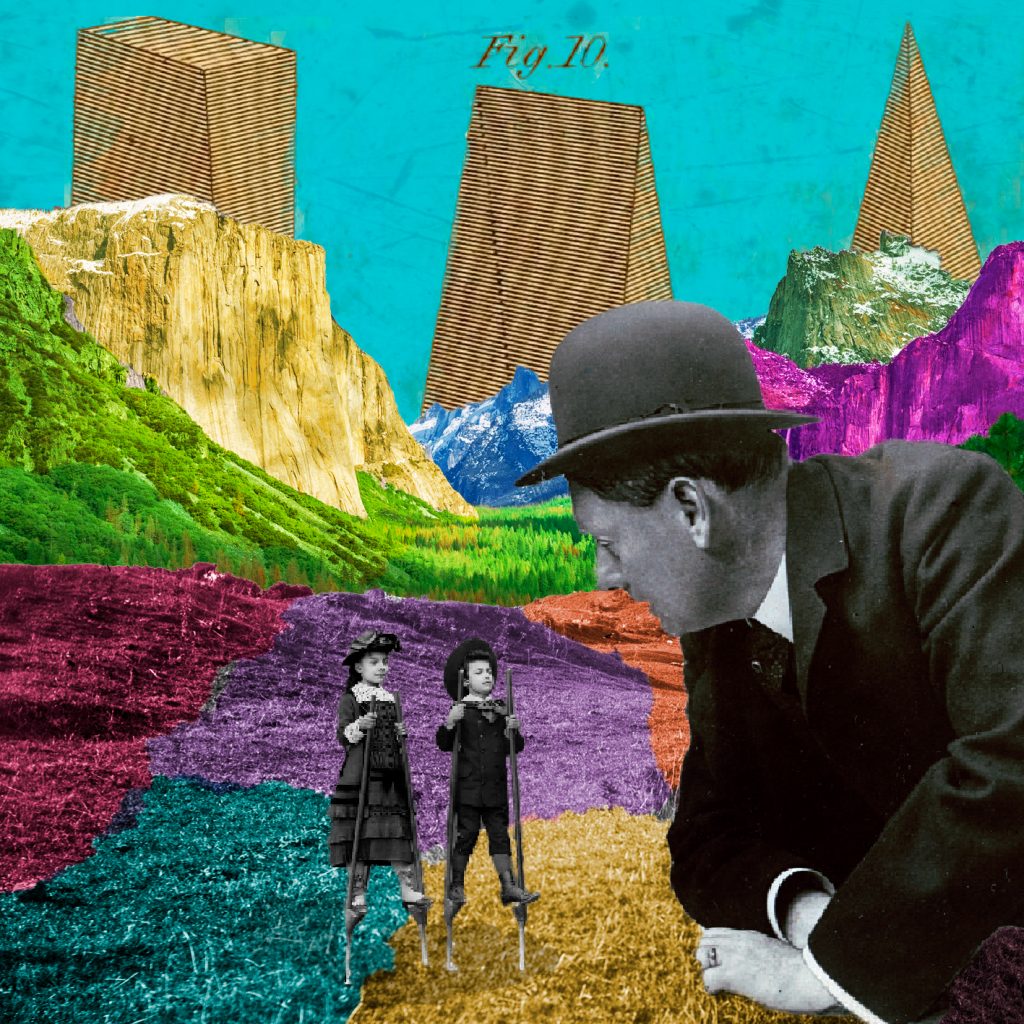 Past Paths (EP and singles collection)

This is a compilation of my singles and EPs from 2015-2018. The compilation is released as the second album on my double cd “Miles to go before I sleep”, and it is also available digitally on Bandcamp. 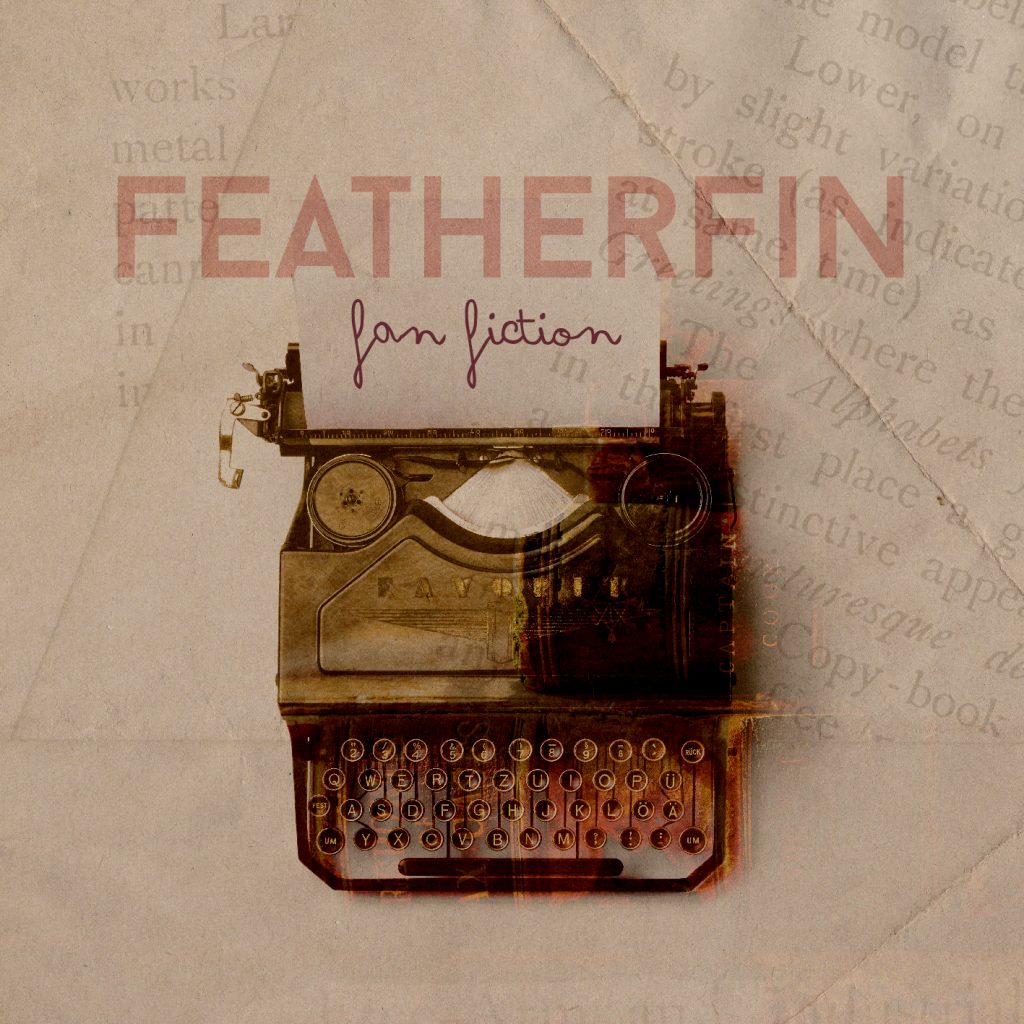 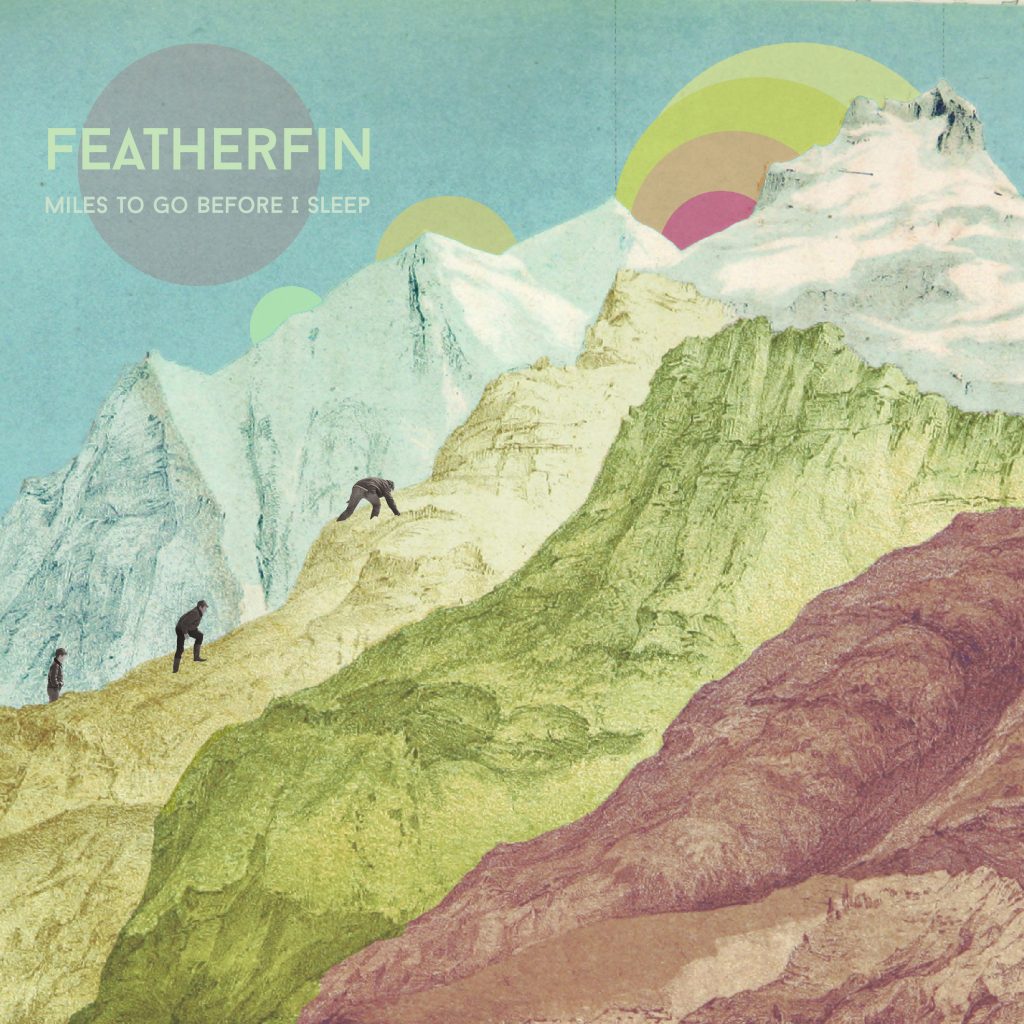 Miles To Go Before I Sleep (14 track album) 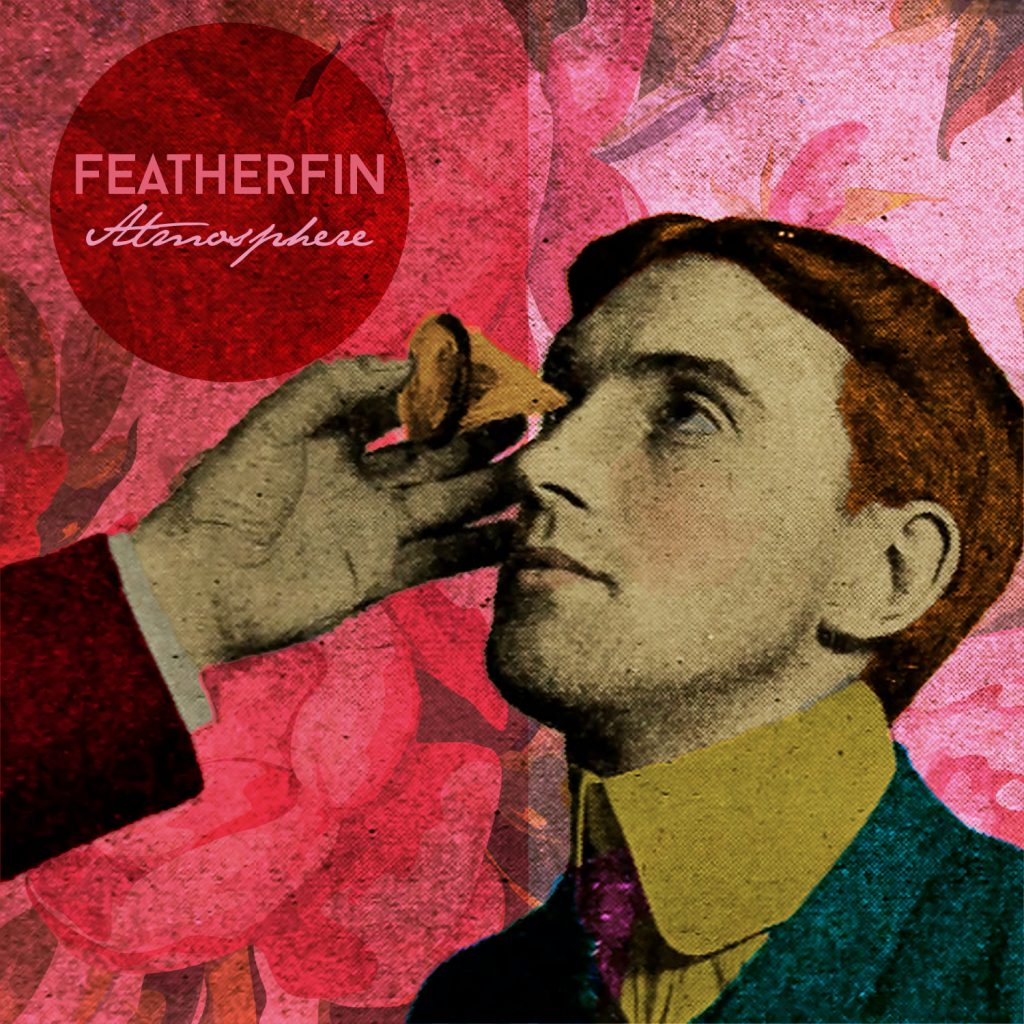 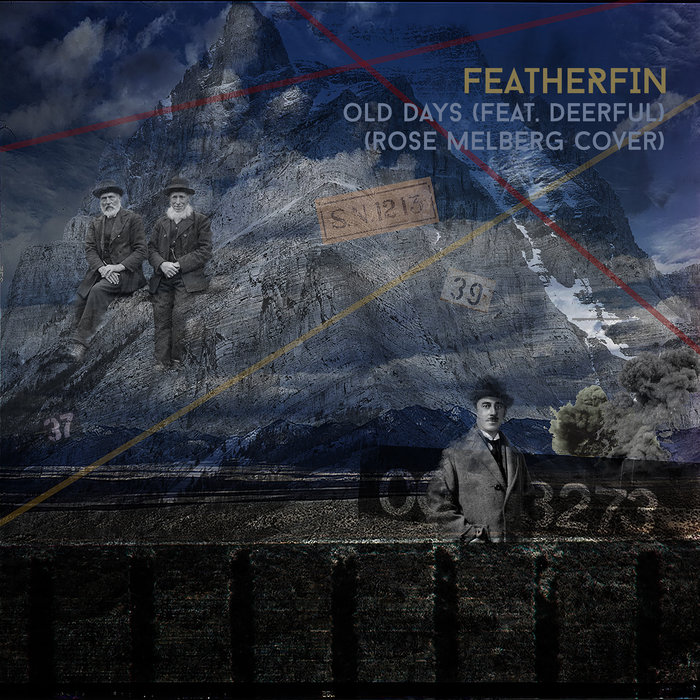 When I first heard her band The Softies around 1995, I instantly fell in love with her voice and her beautiful songs. Since then, I have followed her career, and I love most of what she does, both in bands and as a solo artist.

When Jeremy Jensen and February Records asked if I would be interested in covering a song for their tribute album “Constant and True – a tribute to the songs of Rose Melberg”, it didn’t take me long to say yes.

You can buy the full album on Bandcamp, and the proceeds from the sale of the CD and digital download will be donated to the Multiple Sclerosis Society of Canada, a charity that is near and dear to Rose’s heart. Other artists on the compilation are among others The Hermit Crabs, Saturday Looks Good to Me, Emma Kupa, The Smittens, Boyracer, Seapony and more.

I asked Emma Winston of Deerful to sing on my version of the track, and she did an amazing performance. Her voice is so beautiful. If you haven’t heard Deerful’s music, you definitely should. Here is her Spotify page. 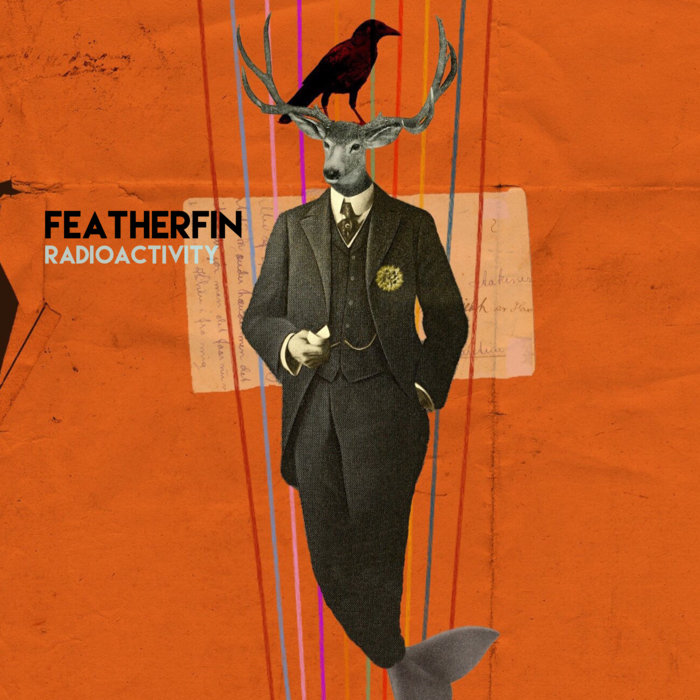 A homage to my old heroes, Featherfin style

The first thing I learnt to play on a synth back in the 80s was the bass line on Kraftwerk’s “The Model”. Back then, I listened more to bands like Depeche Mode, The Cure, Joy Division, New Order, Simple Minds etc, but Kraftwerk has always been a part of my musical inspiration, and in my adult life, I have listened more and more to them.

This started more like an exploration project, like most of my covers do. My cover songs are usually more Featherfin than they are like the original artists, so sometimes it’s not easy to recognize the original song. I think this is one of the most recognizeable.

Maybe I should make a cover EP sometime? 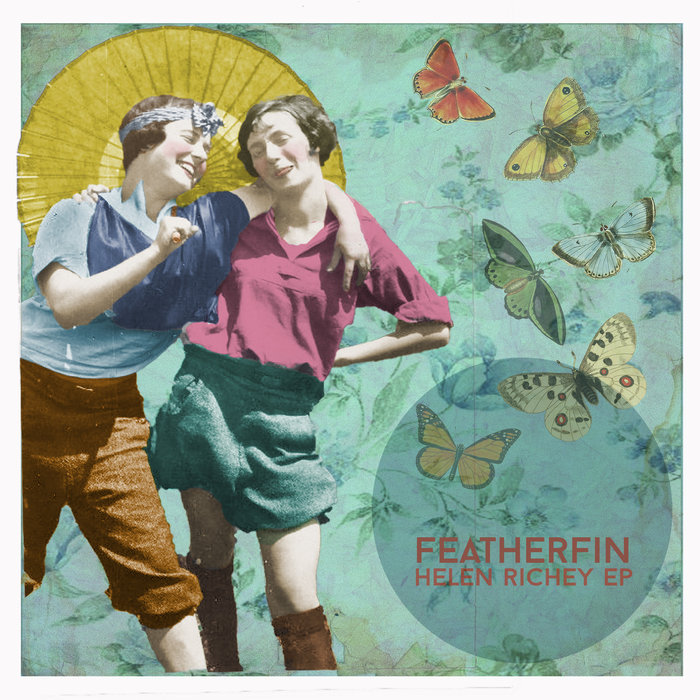 …and that became a song and a video.

It all started when I made my second animated music video for “If you were coming in the fall” from the Butterfly Girl EP. I coloured lots of old black and white photos for the video, and started to look into the history behind the people on the photos. One of them was the female aviation pioneer Helen Richey (1909-1947).

Her fascinating story and badass personality, – and tragic death – made me write a song about her as a tribute. The music video I made for the song is kind of a mini-documentary about her life-story.

Jeremy Jensen from the American indiepop band The Very Most sings on this track and Michaël Korchia from the French indiepop band Watoo Watoo plays bass.

The second track “The only thing I miss” is kind of a sad/angry breakup song. Several of my lyrics are partly personal, but very few of my sad lovesongs are. I don’t think I have ever experienced a bad breakup. Some of these songs are based on observations, some are based on books and poetry, some are based on pure fantasy.

“Blomsterälskare”, the third song, was made when I stumbled across an old language course record from the 50s/60s in Swedish. I love those records! The voice recordings are from that record. The title can be translated to “flower lovers”, and the voice talks about that “All Swedes are  flower lovers” and he tells about what they have in their garden. I hope the Swedes will not hate me for the ending…

She dreamt of birds,
wishing she could fly among them,
tethered and earthbound,
yearning for her tri motor aeroplane.

She loved it so much,
she knew
that that was what she was meant to do.

They loved her,
cause she was a woman,
and then for that same reason,
they stopped her,
they crushed her.

Her flight has ended,
but we see her still, – a lonely bird,
white feathered lark,
she showed the way, we followed her.

The only thing I miss 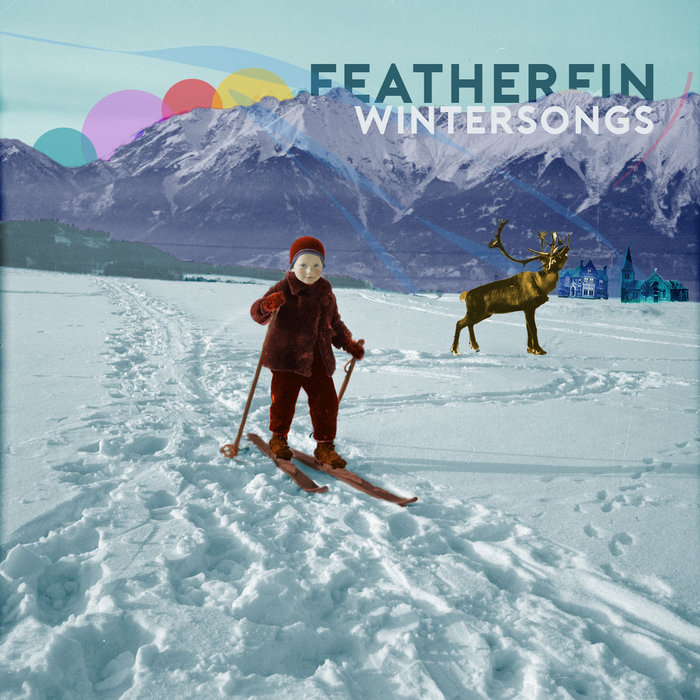 Three songs, – all with a wintery theme..

I usually spend a long time finishing my songs, – usually a week or two just composing, before I start the mixing and clean-up. On this EP, everything was made surprisingly quickly, over a couple of days.

The instrumental song “Icicles”, which is kind of a calm, melancholic and uplifting tune, was made on a day when depression and anxiety hit me hard.

Strangely enough, my light and happy songs are often made when I am deep down, and the sadder songs are made on happy days. I guess it is what I need in those moments, and it’s when I am happy that I am able to touch the sad feelings without going even deeper down.

The lead track, “When the snow was whiter”, is a nostalgic look back at the days when we, as children, had no worries and just experienced the beauty and the joy of playing, sensing and being in the moment. The snow was whiter in those days, and Christmas never came too early.

When the snow was whiter

There was a time
when the snow was whiter,
and Christmas never came too early.
(x2)

There was a time
when the snow was whiter,
and waking up to snow
didn’t mean I had to plough it away.
(x2) 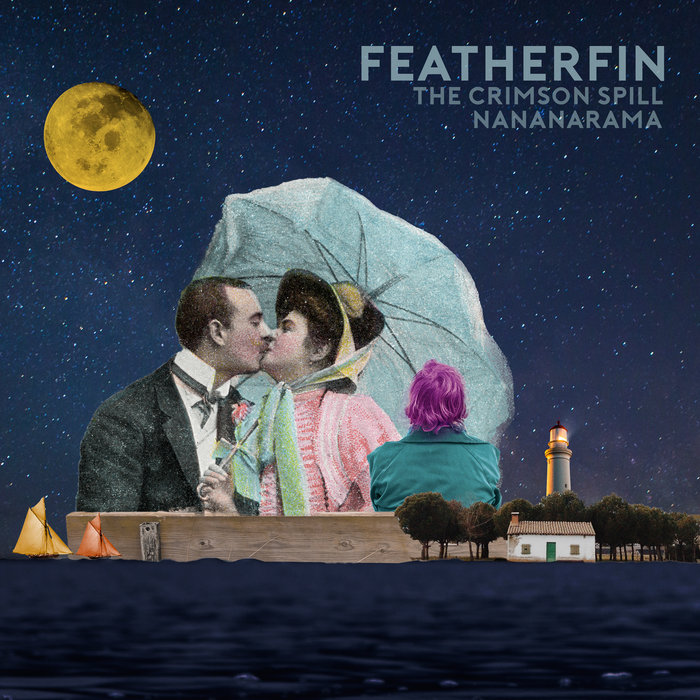 A double A-sided single that was really fun to make. It was the first songs I made after I introduced electric guitars and bass in my music.

I really enjoyed making these songs, and I think it is two of my personal favourites from the songs I have released.

On both of these songs, I made lots of fun recordings around the house, – the sound of kitchen utensils, banging on pillows, mouth noises, playing guitar with other objects than a plectrum etc.. These sounds were then processed in the sampler with effects, filters etc..

Today, when I hear these songs, I often wonder “how did I make that sound?” and even “that tiny little melody far in the background was really beautiful, – did I really make that?”

I would really appreciate it if you added one of these songs – or both – to your playlists on Spotify. It will help me a lot. Thank you in advance!

You came home on a Sunday morning,
kicking off your Sunday shoes,
We’re so used to your best behavior
It’s so nice to see you shaking loose.

We climb up on the roof together
to watch the crimson spill
It’s so nice when the world awakens
fading stars,

Well, the lyrics are easy…

Just repeat Nananarama in various ways +
Add some Nanananananarama’s here and there.

I think you will remember the lyrics for this one. I am pretty sure. 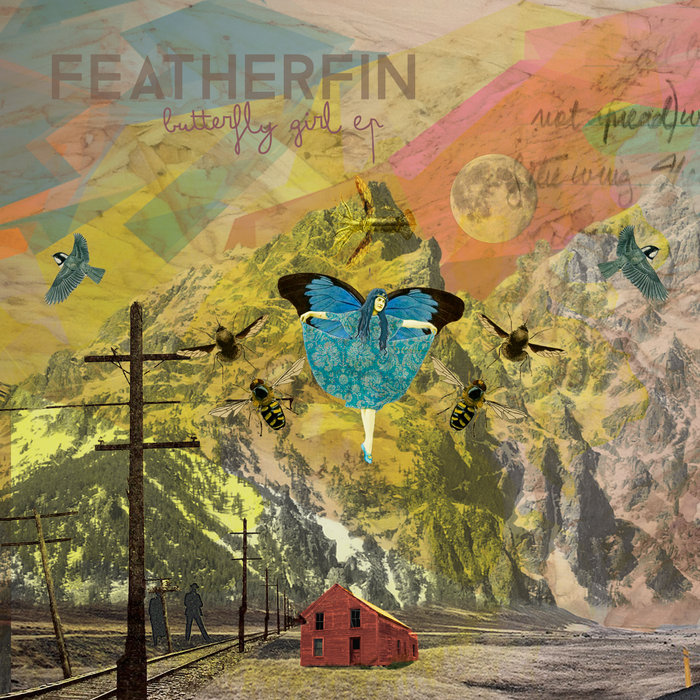 This EP was originally released on the netlabel EardrumsPop, and you can still find a downloadable version there with 5 tracks. The Bandcamp and Spotify versions includes one more track.

For me, this EP is very dear to my heart. I spent a long time making it, and I also had amazing experiences collaborating with Alison Eales and Richard Holmsen on lead vocals, and a whole bunch of fine indiepop artists from all over the world who took part in the virtual “Butterfly Girls and Boys Choir”.

The “choir” all received some sound files of me singing the choir parts, and they recorded their own versions of it and sent it back. I mixed them all together, and it became the choir part on “You Left Me”.

I would really appreciate it if you added one or some of these songs to your playlists on Spotify. It will help me a lot. Thank you in advance!

You left me, sweet, two legacies, –
A legacy of love
A Heavenly Father would content,
Had He the offer of;

You left me boundaries of pain
Capacious as the sea,
Between eternity and time,
Your consciousness and me.

(A poem by Emily Dickinson)

If you were coming in the fall

If you were coming in the fall,
I’d brush the summer by
With half a smile and half a spurn,
As housewives do a fly.

If I could see you in a year,
I’d wind the months in balls,
And put them each in separate drawers,
Until their time befalls.

If only centuries delayed,
I’d count them on my hand,
Subtracting till my fingers dropped
Into Van Diemens land.

If certain, when this life was out,
That yours and mine should be,
I’d toss it yonder like a rind,
And taste eternity.

But now, all ignorant of the length
Of time’s uncertain wing,
It goads me, like the goblin bee,
That will not state its sting.